This story & photos came in via email from Angela:

“I will NEVER use another Hartz pet product again!!! I bought flea and tick pet collars for my pets and this one must have had a chemical burn happening to my cat I didn’t notice right away.  My son went to pet the cat and thought he felt something on the cats neck and sure enough this is what we found! Took his collar off to find this burn from ear to ear!  I PRAY this doesn’t cause any permanent damage! I am NOT a happy camper and other will see pics and know what this product has done to my cat so it will not happen to others if I can help it! I sprayed his neck with pet hydrocortisone spray hoping that will help. Will have to call the vet in the morning!” 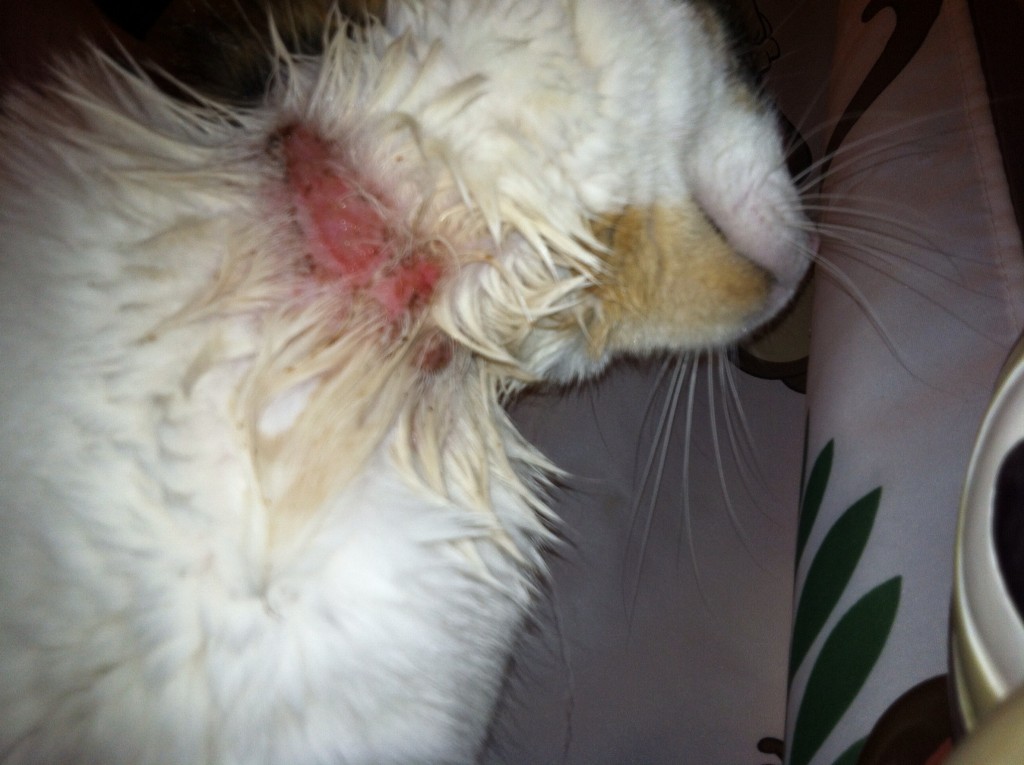 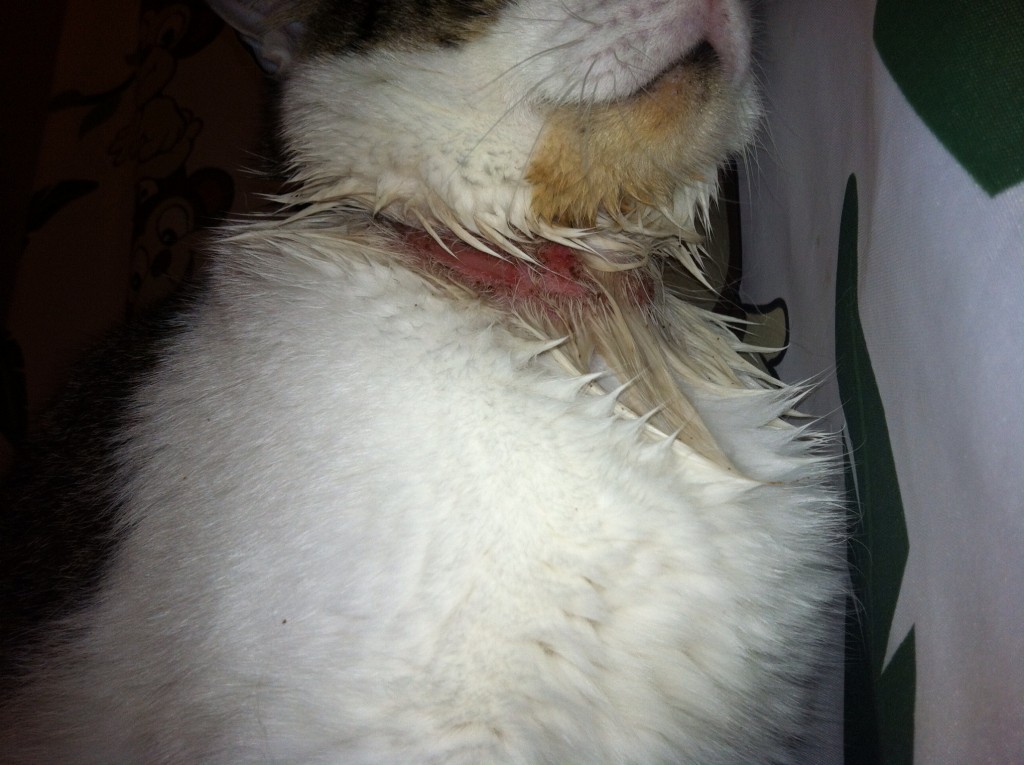